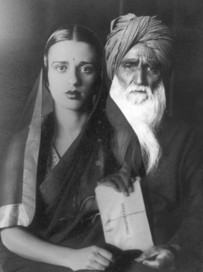 There are some wonderful photos at the Science Museum’s Illuminating India gallery, depicting 150 years of Indian Photography, amongst one of the many photos that grabbed me was a picture of a father & daughter. Perhaps it would be better to say that there was something haunting in the photo, the subjects are Amrita & her father Umrao Sing Sher-Gil, the photographer Umrao himself. There is something about the gaze of the two of them, the father, bearded heading into old-age, his eyes & those of his daughter both tell a story.The photo led me on a little odyssey into the past. Umrao was a Sikh nobleman & aesthete, who unhappy with the occupation of India fell foul of the British during the first world war. His possessions & estates were confiscated by the Brits and he was left ruined. He left for Europe, with his wife an Hungarian Opera singer, his daughter Amrita studied at the Ecole des Beaux Art in Paris, she has been described as the Indian Frida Kahlo, whilst the comparison is not fair on either of them, had they met I think they would have been firm friends. Amrita was a wild child, described as having a limitless libido, in the 1930’s strangely enough one of her liaisons was with a young Malcolm Muggeridge, later in life to become the doyen of loathsome bible-bashing anti abortionist conservatives, but in the 30’s he was a different creature, pro-communist. Their liaison lasted a week, Muggeridge was quoted as saying that at the end of that time he had been reduced to a limp rag. More kindly he described her as having the most enormous joy in the sensuality of the world.
Amrita died at the age of 28 in India, on the eve of her first major exhibition, rumour has it as a result of a botched abortion. Her parents destroyed much of her correspondence, concerned for the consequences should their free-spirited daughters life become public. The photo of Father & daughter was taken shortly before her death. A painting by Amrita recently sold for close to three million US dollars, one cant help think that both Father & Daughter became victims of the age into which they were born. 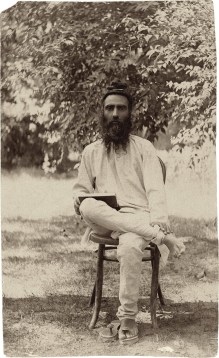 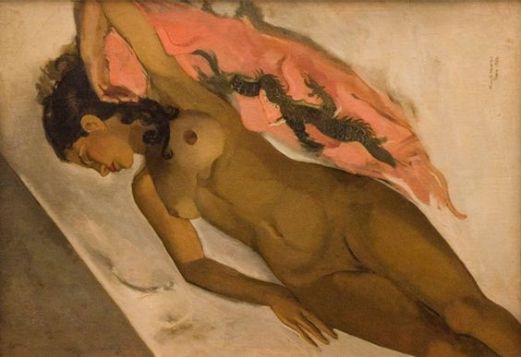 A new painting by an old friend, Nigel Evans.
It’s all nuts. #protectpongo
Walls have Ears ( and trunks )
Saul Speed Snack
Soho Sunday
A dappled day in London
Under the Tory governmeant the Arts are woefully underfunded. Artists are now only allowed one square foot of performance space in London. Shame on you
August Edinburgh Festival.
No.363
Magpie Morning. After all these years I still can’t quite stop myself from imagining that the quantity of Magpies I may see early on any given day may auger the day ahead. So it’s going to be a two for joy kind of day.
St. Volodymyr of Ukraine’s statue, Holland Park, surrounded by Sunflowers
I love my Sons idea of economy shopping: Chateau nueve du Pape, deluxe aged sirloin steak, corn fed chicken, smoked wild salmon. #shoppingonashoestring
Skylight, London Sunday morning.
First Blossoms, spring is beginning a springing
Sun Street, London N17
With blues and greys away slips the day.
Some people are organised
Moonlight from the Eyrie. Rooftop view from my skylight, #decemberlondon #mysteeetlondon
Lost at Sea. A Childs Teddy I found washed up on a beach in Greece. Whenever there’s a news headline about migrants this photo comes back to my mind and I wonder what happened to a little boy or girl who lost their bear. #lostatsea
Good morning London. #londonmornings🇬🇧 #sunrise_and_sunsets